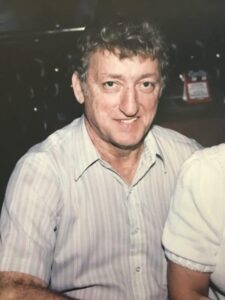 KSHE FM in St. Louis recently celebrated its 50th anniversary as America’s oldest rock station thanks in great part to one of the pioneers of Album Oriented Rock . . . Sheldon “Shelley” Grafman. Shortly after Century Broadcasting purchased KSHE-FM it became apparent that the current middle-of-the-road/classical music format could not attract enough audience or advertisers to be successful. The decision was made to introduce a brand new music format called album oriented rock that was gaining popularity on the west coast. Shelley Grafman was hired originally as sales manager. Soon he was handling the duties of program director and general manager, guiding and shaping this bold new radio format. During his many years at the helm of K-SHE 95, Shelley was instrumental in the successful careers of several of today’s rock legends, producing many of their concerts in St. Louis. Under Shelley’s guidance K-SHE 95 and its mascot, Sweetmeat became world renown.