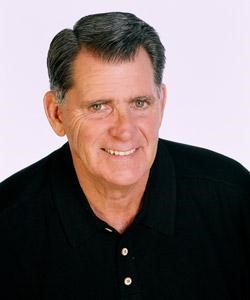 Has been a St. Louis Cardinals radio broadcasters for the past 44 years. Debuted as a player for his hometown Cardinals in 1962. His eight year Cardinal career included three World Series appearances and two World Series championships. He joined the Cardinals promotional staff in 1971. A year later he moved to the team’s radio booth. For three decades, he was paired with Hall of Famer Jack Buck (who was inducted into the MBA Hall of Fame in its inaugural class in 2011). Following Buck’s death in 2002, Shannon was named the Cardinals lead radio voice. During the 1980’s, he also worked as an analyst and teamed with Jay Randolph (2012 MBA HOF inductee) on NBC’s Major League Baseball’s Game of the Week telecasts. Shannon received a local Emmy award for his work on Cardinal broadcasts in 1985 and was inducted into the Missouri Sports Hall of Fame in 1999. In 2002 and 2003, he was named Missouri Sportscaster of the Year. He was voted into the St. Louis Cardinal Hall of Fame in 2014. Mike Shannon has spent 60 years, nearly all his adult life, with the St. Louis Cardinals. He will retire as their announcer at the end of the 2021 season.