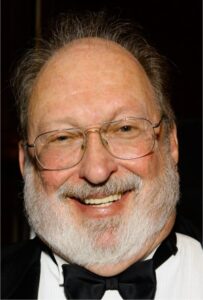 Jim Bohannon was born in Corvallis Oregon, where his father was serving in the army. When he was nine months old, his parents brought him to Lebanon, Missouri, where he grew up. He also began his broadcast career there in 1960 with a job at hometown radio station KLWT paying one dollar per hour. Following his graduation from Lebanon High School in 1962, Jim attended Southwest Missouri State in Springfield where he worked part time as a news reporter at KWTO-AM and a rock-n-roll DJ at KICK-AM. Jim’s fondest memories of his Springfield days include having to ad lib for over an hour while waiting for Senator Barry Goldwater to arrive at a live remote and taking three busloads of KICK listeners to see the Beatles in Kansas City.

After attending Southwest Missouri State in 1966, Jim enlisted and served in the US Army until 1970. His four years of service included a tour of duty in Vietnam and an assignment in Washington DC. After his discharge in 1970, Jim remained in Washington and worked at News Talkers WTOP-AM and WWRC-AM, and Easy Listening WGAY-FM.

In 1980, Jim moved to Chicago for a morning drive spot at WCFL-FM and a Chicago bureau reporter position at upstart CNN. In 1981, he secured the role of principle back-up host for The Larry King Show. Jim began hosting his own Saturday evening call-in show in 1984 on the Mutual Broadcasting System. Westwood One purchased Mutual in 1985. In 1993, Westwood One moved Larry King to an afternoon time slot and offered Jim his own show in King’s late evening spot. The Jim Bohannon Show made its debut on January 29, 1993 and met with immediate ratings success. 27 years later, it remains one of the most popular nationally syndicated radio talk shows in America. Jim says his political views lean toward being moderate and/or slightly conservative, something he calls “militant moderate.”

In addition to the Jim Bohannon Show, Jim also hosted Westwood One’s America in the Morning news show for over 31 years before stepping down in December 2015. Throughout his career with Westwood One, Jim anchored newscasts, political conventions and election night coverage. He also covered the 1988 Reagan-Gorbachev Summit in Moscow and the 1989 funeral of Japanese Emperor Hirohito in Tokyo.

Jim Bohannon was the originator and driving force behind the National Freedom of Information Day. First submitted by Bohannon to the Society of Professional Journalists in 1979, the event is celebrated each March 16 to honor the birthday of President James Madison, father of the Bill of Rights.

Jim Bohannon was inducted into the National Radio Hall of Fame in 2003. He was also voted one of “The 100 Most Important Radio Talk Show Hosts in America” numerous times by Talkers Magazine, and he was the 2013 recipient of the publication’s prestigious Lifetime Achievement Award. Bohannon also won the 2017 New York International Radio Festival Gold Medal for Best Radio Documentary for “Pain & Pride: Remembering Vietnam-50 Years Later,” which he wrote and narrated.