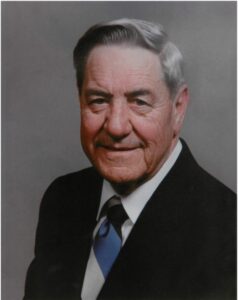 Was a local radio pioneer and founder of Zimmer Broadcasting.  Upon his death in 2003, the company owned 32 stations in Illinois, Kansas and Missouri.  Born and raised in Cape Girardeau, he started his first radio station in 1956 with a partner in Dexter, Missouri.  In 1966, he started KZYM in Cape Girardeau, one of the first country music stations in the nation.  He continued to expand his radio interests with the help of his six sons. The legacy continues today with four of those sons still in the business.  In 1996, he received the Missouri Broadcasters Lifetime Achievement Award.  Zimmer always understood that you needed to stay focused on helping customers.  Jerome Zimmer believed, “If you take care of your listeners and your advertisers, your radio stations will succeed.”