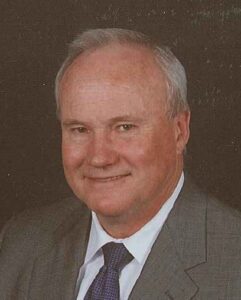 Don Hicks was born on mother’s Day, May 9th 1948 in Asheville County, Texas. He grew up on his family’s farm and ranch, which was established by his great-grandfather in 1876. He attended school in the small town of Glory, Texas, and graduated high school there in 1966. His father wanted to expand the farm operation and asked Don to be his partner in purchasing additional land, but the long hours of hard labor in the hot and dusty weather of North Texas was not to his liking. He decided to attend college and enrolled in Midwestern State University in Wichita Falls, Texas. It was while attending college that Don’s broadcasting career began.

Like many students, he had to work his way through school, and he worked in a variety of part-time jobs to help pay for his education. Don’s major was social psychology, and his career goal was to ultimately own and operate retirement facilities. He had been accepted by North Texas State University to attend graduate school and do advanced studies in gerontology, but those plans were soon to be changed by fate.

One of Don’s jobs was operating a pool hall. At that time, he was enrolled in upper-level courses that were research intensive, and he soon discovered that the hours associated with running a pool hall were not compatible with the hours of study required by these courses. He needed to work, but he needed a job with hours better suited to his studies. He found out that one of the local television stations KAUZ-TV was looking for a part-time cameraman. Don applied for the job and was hired. He always says that it was because he was the only one of the 10 applicants who was willing to work a triple-split shift, but the hours worked well with his studies.

He began to work at the station in September of 1970. Don very quickly fell in love with broadcasting and just as quickly notified North Texas State that he would not be coming. KAUZ proved to be the ideal station for someone eager to learn everything about broadcasting. Don says that while he was there, he did everything at the station except anchor a newscast and repair the transmitter. During his nine years at the station, he got his first job in sales and his first job in management: National Sales Manager. In 1979, Don applied for the General Sales Manager position at KYTV in Springfield, Missouri. He was hired in December of that year and began his new duties in January of 1980. After six years at the station, Don received an offer to return to Texas, which would give him the opportunity to advance to General Manager. In June of 1986, he went to work for KRGV-TV in the Brownsville Harlingen McCallen market in South Texas.

In 1988, he returned to Missouri to be the General Manager of KOAM-TV, then in April of 1994, Don was named the new Executive Director of the MBA. Later, he became President and CEO. One of Don’s first tasks was rebuilding the association, and getting it back on firm financial footing.

Don’s priorities were building a steady and dependable revenue stream, building membership, and developing new member services. In that first year, he put 35,000 miles on his car while traveling the state convincing stations to join the MBA, and finding out what they needed to help them be more successful in their day-to-day operations.

One of Don’s first goals was to rebuild the associations reserves. As soon as he was able, he put $50,000 in an investment account, and followed that the next year with an additional $50,000. This $100,000 ultimately grew to provide the majority of the capital needed to purchase the MBA building in Jefferson City.