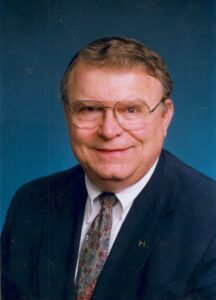 When Bob Priddy was a senior at Missouri University, he wrote news for KFRU radio in Columbia, worked with graduate students, ran the newsroom for evening newscasts and did an overnight music show. At Mizzou, he also met and married Nancy, his wife of 40 years. Upon graduation in 1963, Bob worked his way up to News Director at KLIK radio in Jefferson City. There he met and worked with Clyde Lear and Derry Brownfield. When Clyde set up Missourinet as a statewide news network in 1974, he hired Bob Priddy to be his first News Director. It must have worked, because Bob stayed in that position for forty years and one month until his retirement on December 1, 2014. In those forty years, Bob watched 1,032 Senators and Representatives come and go. He has interviewed or covered 11 governors and broadcast 13 inauguration ceremonies. He has covered 22 executions. Bob was the first News Director to twice lead the Radio-Television News Association. In 1991, the NAB sent Bob to Romania and Poland to teach journalists how to set up broadcast news operations. In 2002, University of Missouri awarded Bob Priddy a Journalism School Honor Medal, its highest recognition of distinguished service to the profession. His daily program on Missouri History, Across Our Wide Missouri, became three of his six books; the sixth book went to the publisher in 2018. Bob is the President of the State Historical Society of Missouri.