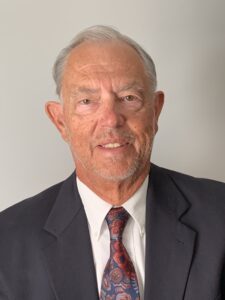 Arlen’s fascination with Radio began in the 1950s when he was in Junior High School. During those long, cold winter nights in Pierre, South Dakota, he would cover up in bed and listen to the magic of clear channel AM stations like WGN and WLS Chicago, WCCO Minneapolis, WWL New Orleans, and XERF Del Rio, TX. He became a broadcaster at 16 years old, serving as an announcer at Pierre’s KCCR-AM, a 1000 watt daytimer. He graduated from Kansas State University (BA 1965), spending countless hours at KSDB-FM, the low-power student radio station. He attended the University of South Dakota (MA 1967), working at at KUSD-AM and KUSD-TV. Arlen then served in the United States Air Force from 1967 – 1975. He left the Air Force to enter a PhD program at the University of Iowa.

Arlen joined the faculty at Missouri State University in 1978, where he taught Broadcast Programming and Broadcast Management. He was also the GM of KSMU (NPR). During his years as GM, KSMU increased power and added full power and translator stations in Branson, Mountain Grove, West Plains, Joplin, and Neosho.

In 2001, the University assumed the licenses of PBS affiliates KOZK-TV in Springfield and KOZJ-TV in Joplin. Arlen volunteered to oversee both the radio and TV stations as director of broadcast services. The merger of community licensed KOZK/KOZJ into Missouri State University received national attention as a model for success.

Arlen retired in 2010, after 51 years in broadcasting, 9 years in college, 8 Years in the Air Force, and 32 years at Missouri State. He is much older now but still thinks of broadcasting as magical.