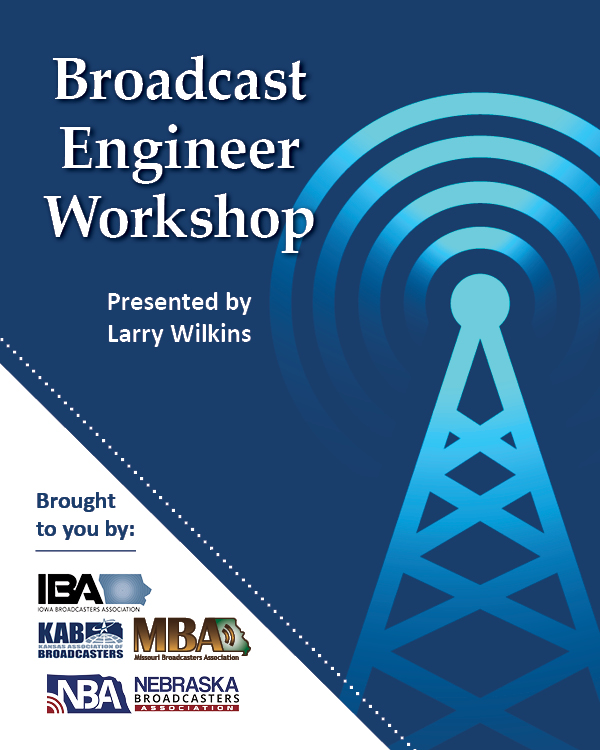 Iowa, Kansas, Missouri and Nebraska broadcast associations are hosting a day and half broadcast engineer training program in Overland Park, Kansas on September 19th and 20th.

This program is being presented by Larry Wilkins, Director of the Alabama Broadcasters Association’s Engineering Academy. Larry is a fellow with the Society of Broadcast Engineers. He holds a certification level of Professional Broadcast Engineer and serves on the National SBE Certification Committee. Wilkins has conducted similar workshops that have received very strong reviews for other state broadcast associations.

This program will be focused on new engineers. The presentation will be tailored to those just getting into the broadcast engineering field. It will include an overview of radio and television technical operations, including the history of broadcasting, understanding analog and digital audio, how a television picture is created and received, the basics of transmitters and antennas, over all station operations covering EAS, FCC Rules and Regulations, and engineers’ responsibilities.

Two lunches and one breakfast are included for FREE!