In Missouri, the office of the Secretary of State posts all election dates. Use the descriptions below to determine political windows requiring stations apply their lowest unit rate to candidates.

A “general” election i.e., one that results in the election of the candidate.

A “primary” election is one that determines the candidates who will qualify for the “general” election.

(a) Charges for use of stations. The charges, if any, made for the use of any broadcasting station by any person who is a legally qualified candidate for any public office in connection with his or her campaign for nomination for election, or election, to such office shall not exceed: 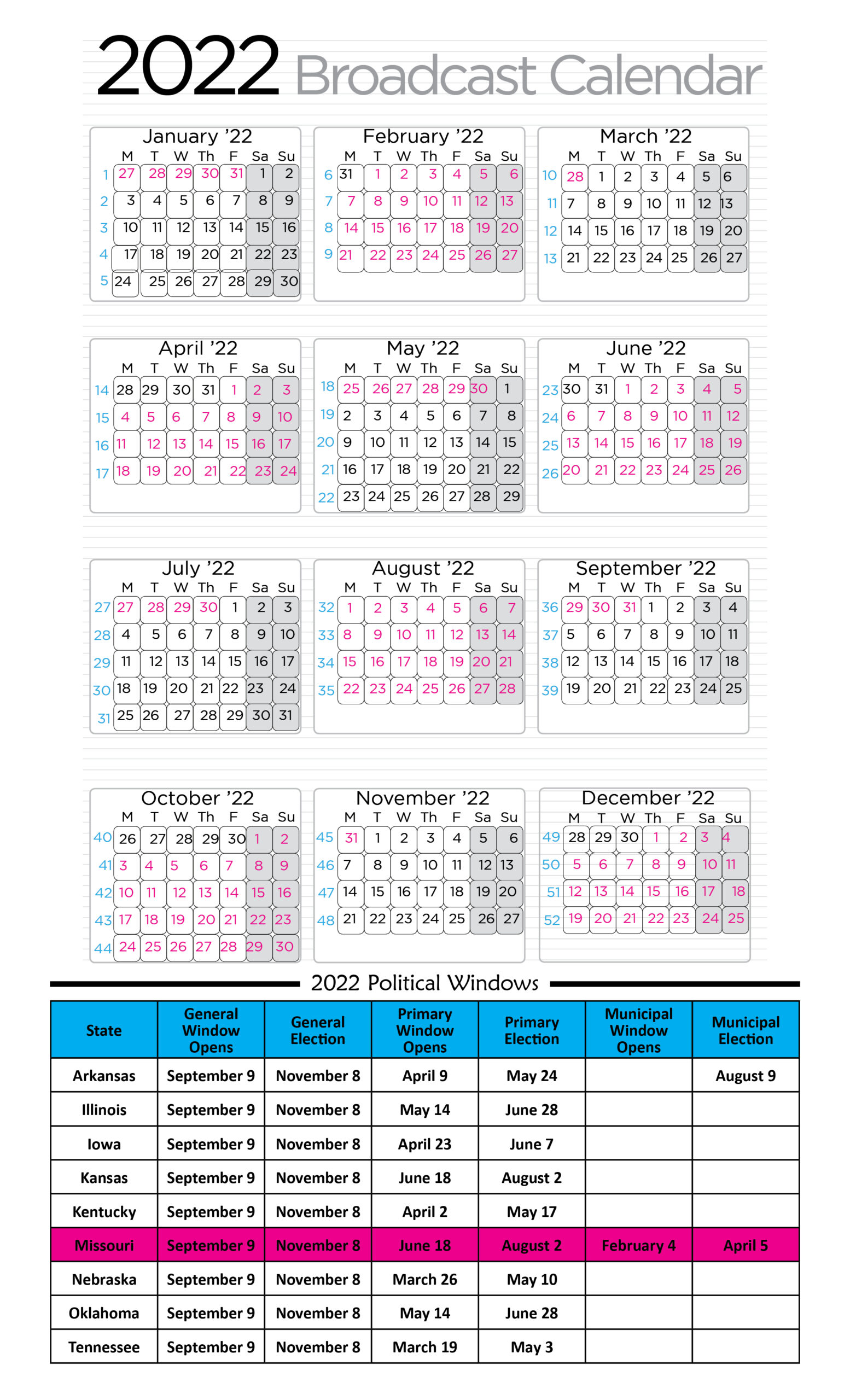