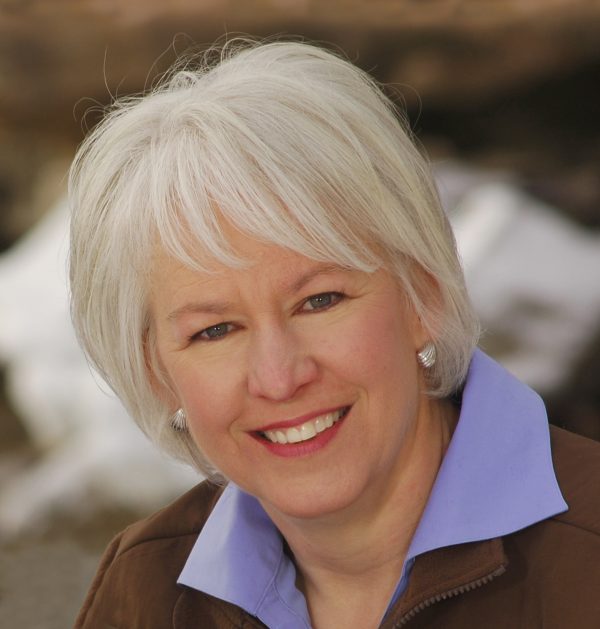 One of the many things we are proud to do here at the MBA is award Hall of Fame positions to broadcasters who have had a huge impact on the industry in Missouri. Marci Burdick is one of those influential members of our Hall of Fame, and she agreed to sit down with us for an interview. And boy did she have some great stories to share!

Marci is one of those people who throws everything on the table. To meet her is to know her, which is part of what made her a great broadcaster. She built relationships during her time in radio and television that still impact her life, and the lives of her colleagues, today. Here’s Marci, telling us all about her history in broadcasting, and some of what she’s been up to lately!

What is your earliest memory of television? Was it “love at first sight”, or did you have to warm up to the idea of a career in broadcasting?

As one born at the tail-end of the Baby Boom generation, television has been central to my growing up experience. Whether it was as an elementary school student watching the early lift-offs of the Mercury and Apollo missions, or running home for Romper Room after school, we timed many of life’s events by the TV schedule.

There were two moments, however, which inspired my interest in a career in broadcasting.  The first was, as a 6 year old, watching the coverage of the funeral of President Kennedy and feeling as if I was there with those lining the streets to mourn the President.  The second was the live coverage of the Watergate hearings, which truly crystallized for me the importance of television and broadcast journalism in society.

“…the live coverage of the Watergate hearings…truly crystallized for me the importance of television and broadcast journalism in society.”

Who in the broadcast industry would you want to be for a day?

Walter Cronkite, in his heyday.  What a seat he had to history!

What’s the one story about your days in TV that you always tell when people ask about your career? What makes that story so memorable to you?

Probably something that came to be known as “The Janklow-McGovern” debate.  It occurred in my first TV job in Rapid City, SD.  I was able to convince a Republican firebrand governor (Bill Janklow), and a Democratic Senior Senator (George McGovern), to sit down together and take questions from me about a contentious local issue.

The impetus for the invitation was a tourism crisis brought on by high gas prices.  Both men had been talking about diametrically opposed “solutions” but, as it was well known, the two were not fond of each other, and neither had spoken to the other about ways to work together.  No one thought they’d agree to face each other. They did and, at the end, started a dialogue that resulted in not only a life-long friendship….but the ability to work together to better serve South Dakotans.  It’s memorable to me because of the impact—-and the likelihood they would not have come together were it not for our TV program.

What’s the one skill that you think broadcasters today aren’t focusing on enough? If you had to start all over in broadcasting today, what skill would you master first?

My answer is the same to both parts of the question: Ask open ended questions and LISTEN!  Too many people on local TV and networks today not asking questions in a way to elicit information.  And, they simply ignore important follow-up questions because, in their minds, they’ve moved on to the next question.

What have you been doing since Gray closed on the Schurz stations? And what are your plans for the future?

I’m still keeping busy—busier than I thought I’d be, frankly!  I serve on some NAB committees, am working on a couple broadcast projects for groups, as well as volunteering on local boards.  Personally, we moved back to our hometown in the Black Hills of South Dakota and I’m doing more “family duty”, helping my Mother and traveling to visit grand-kids.

Who are some people who’ve had great impact on your career?

Jerry Condra: the GM who hired me (as an 18 year old) into my first TV job.  He believed in me and gave me a chance.

Bill Avery: my second news director.  He truly taught me about journalism, being first and being right, and encouraged me to stretch for big goals.

Todd Schurz: the best leader I ever witnessed and learned from in my life.

What are you most proud of in your personal life?

My kids – they gave up a lot when they were young so I could do my job.  They all became spectacular people, successful in life and wonderful parents.

What are you most proud of in your career?

The super-service that our stations provided to viewers, advertisers and public service organizations. I truly believe that we helped build stronger communities.

We couldn’t be more thrilled that Marci spoke to us all about her time in broadcasting. From watching Romper Room as a child, to serving on NAB boards, she’s been involved in nearly every level of TV (and quite a few in radio as well, where her career started!) A huge thank you to Marci, and we look forward to introducing you to more of our Hall of Fame inductees in the future.

Got a suggestion for another Hall of Famer you’d love to hear from? Shoot us an email at sembry@missouribroadcasters.org.